Do They Really Understand My Epilepsy? 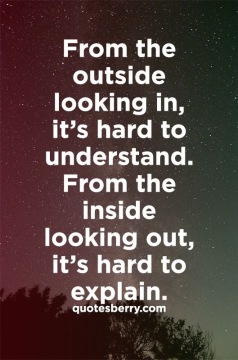 In life, we often go through things and look to others that shared similar situations, for support. We want someone who can say “hey, that happened to me too, or I understand because I’ve been there” and really mean it. We look for empathy not just sympathy in a sense. When it comes to seeing a doctor we want them to understand these seizures are real, the pains, sensations are indeed real. When you tell the doctor you had another seizure, do you feel like they just don’t believe you? Sigh, I hate to say it but I’m starting to feel like it more and more. I wonder if I’m explaining it clearly enough you know. From listening to your feedback, friends with epilepsy or different medical conditions, I see it’s a common feeling we share. I wanted to share whats been going on with MY epilepsy lately. This particular seizure, I never experienced in my adult life and superwoman briefly lost her cape.

About a month ago, I got up to head to work just like any other day. That weekend I noticed I was unusually sleepy. I would wake up, eat and go back to sleep. Then I wouldn’t start doing anything til at least 5pm. Now let me tell you, I DO NOT sleep that much. I am up before every animal on earth. Before the birds chirp , before the worm can let the early bird get it, ok never mind you get my point, it wasn’t normal! I just chalked it up to the time change and my body was not adjusting. So maybe this crazy sleep pattern was about to trigger some seizures. Not sure of possible seizure triggers? Check out my blog The Infamous Seizure Triggers!

I arrived at work, got settled and noticed I had a cut on my hand. If you suffer from epilepsy, at least with some forms, there will be times where you have unexplained cuts and bruises. This usually happens, in my case, when I have Nocturnal Seizures. You can find an explanation of those seizures from a previous post here I CAN do this..Safety first though :-/. See I know when those happen because I ALWAYS wake up with an insane migraine and my tongue is swollen from me biting it, and tons of scratches on my chest or arms from my nails. That wasn’t the case that particular morning. As I’m sitting there trying to figure out where the cuts came from, my aura starts; the foul smell only I can smell, the migraine on the right side of my head and…. something NEW. The right side of my face started to twitch, like spasm. WHAT is going on?! I have not had a grand mal seizure since I was 10. I had absolutely no clue where this new thing was coming from.

In the midst of this I tried not to panic. I sat at my desk trying to jog my memory after it passed. But the thing is, after the seizure is over, I have no memory of anything. At least for a few hours. I just sat there crying, a slight panic attack not knowing why my face was doing what it did. Looked at my hand again and there were even MORE scratches, cuts and minor bleeding. Now I am left with even more questions than answers. I said a prayer and called my doctor. It was my decision to not go to the ER since everything returned back to normal. Remember to always to follow the advice of the medical professional and the tips for when 911 should be called. My nurse called later that day to come in for lab work.

That night we finally realized what triggered the series of seizures. I was drinking tea made with Crystal Light the entire weekend. Crystal Light contains aspartame which is a major seizure trigger. Its found in artificial sweeteners. I am so good about reading labels but that weekend, human error. A week later got a call from my doctor stating they won’t adjust any of my meds. Blood work was fine. Now I was not too happy with that. Here’s why. I haven’t had an EEG or MRI in about 2 years, and yet my meds have increased. EEGs and MRIs are the testing used on people living with epilepsy or who have had seizures. Yea I think its time I get a second opinion. Maybe I would rather have someone who specializes in Epilepsy that will be more understanding to my needs and condition. You might say well don’t all Neurologist study epilepsy? Well to an extent but if you have someone who goes deeper in a study then they can really pinpoint and treat your needs better. Now my research begins again! 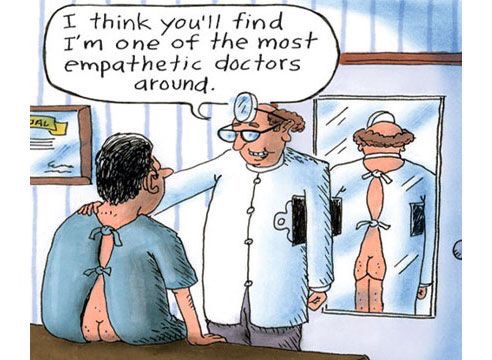 Don’t get me wrong, I love my doctor, but we tend to get attached to them because they are so nice or because they have been around for so long, or the best one “MY ENTIRE FAMILY GOES TO HIM”. We get attached and lose sight of why we are really there. I asked if doctors really understand because we call and explain things and we get looks or told things as if we are just making it up. We go to them for the medical aspect but then we look to each other for other forms of support. Even answers. A close friend of mine has a son who has epilepsy and she tells me the things he goes through. She explains it to the docs and they somewhat get it and then to me and I know EXACTLY what she means. I know that gives her some comfort because I understand him and I can help her, help him. It’s comforting knowing someone else has been there. Its comforting and makes things easier to go through.

Support groups, blogs, social media, family members, friends, if you have the outlet to talk to someone, use it. Don’t ever feel like you have to go through anything alone because I promise there is someone who understands. If you feel like you are no longer getting answers from your doctor, there is no rule that says you cannot seek a second opinion from another doctor. Especially if it means bettering your health and way of living. We all just want to live healthy, happy lives! I don’t always have all the answers but I would like to have someone on my team who is trying their very best to give me the best possible care out there! Or at least to their ability or knowledge. You should too!

All opinions are my own
P.S. Visit the News and Events page to check out the interview I did for Lifescript.com!

What Does Seizure Freedom Mean to You?

This post is sponsored by Eisai Inc. What Does Seizure Freedom Mean to You? Recently I attended a meeting with

Finding Doctors While Living with Epilepsy

My Journey to Seizure Control

Seizure control is something that took awhile for me to achieve. Almost 6 years to be exact. I knew identifying

One Reply to “Do They Really Understand My Epilepsy?”

This site uses Akismet to reduce spam. Learn how your comment data is processed.